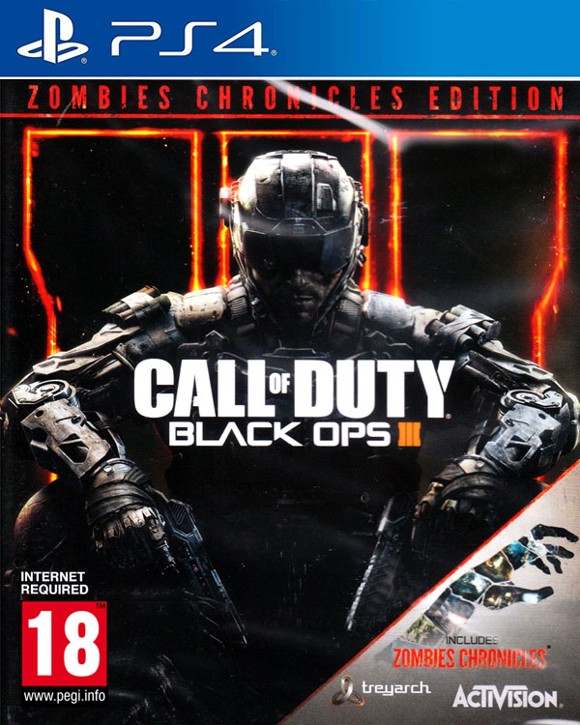 Utgave
Region
Plattform
A CALL OF DUTY CAMPAIGN UNLIKE ANYTHING BEFORE ITCo-Op Campaign: Treyarch elevates the Call of Duty social gaming experience by delivering a campaign with the ability to play cooperatively with up to four players online, using the same battle-tested netw…
Les mer

A CALL OF DUTY CAMPAIGN UNLIKE ANYTHING BEFORE IT

Co-Op Campaign: Treyarch elevates the Call of Duty social gaming experience by delivering a campaign with the ability to play cooperatively with up to four players online, using the same battle-tested network infrastructure and social systems that support its world-class Multiplayer and Zombies game modes.

Cinematic Arena-Style Play: Designed for co-op and re-playability, players encounter all the epic cinematic gameplay moments Call of Duty is known for delivering as well as new open-area arena-style gameplay elements designed to allow players to approach the game with a different strategy each time they play.

Character Progression: And now, every player is completely customizable: from weapons and loadouts, to abilities and outfits, all with full progression systems and a personalized armory to show off accomplishments, providing a constantly-evolving campaign experience.

PREPARE FOR A LEVELED-UP MULTIPLAYER

New Movement System: With Black Ops III, Treyarch premieres a new momentum-based chained-movement system, allowing players to fluidly move through the environment with finesse, using controlled thrust jumps, slides, and mantling abilities in a multitude of combinations, all while maintaining complete control over your weapon at all times.

Tailored Map Design: Maps are designed from the ground-up for the new movement system, allowing players to be successful with traditional movement, as well as advanced tactics and maneuvers.

FIGHT THE UNDEAD IN AN ALL-NEW HORROR STORY

All-New Narrative: No Treyarch title would be complete without its signature Zombies offering – a full-game experience with its own distinct storyline right out of the box.

XP Progression System: Black Ops III Zombies is the most immersive and ambitious Call of Duty Zombies to date, with a full XP-based progression system for players that adds depth and re-playability to the engaging gameplay Zombies fans have come to expect.

Experience the Zombies remastered collection and relive the story of the undead first on PS4™.